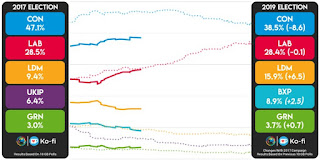 Posted by Finnginn at 07:29 No comments:

The Coming Week in Politics 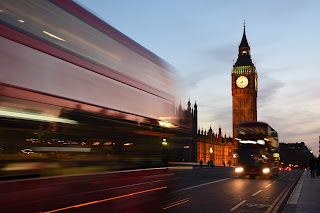 It was a cheap and obvious political gambit for the opposition parties to deny the Conservatives their desired three day recess for conference.

Naturally, the conference will go ahead anyway. I wonder what have they tabled for discussion in their absence? Here's what the Leader of the House (the oft-recumbent Jacob Rees-Mogg) has put forward:

I've been following the progress of the Domestic Abuse Bill in particular (one of the organisations I write for in my day job runs refuges for people who have experienced domestic abuse). An early iteration of this Bill failed for political reasons when Theresa May called an election in 2017.

A second reading of the Bill has been scheduled by the Leader of the House for Wednesday 2nd October. And a good thing, too. But I want to question the motives of this .

Seems likely that, with many Conservative MPs away at their conference, the Executive don’t want MPs taking advantage of the government’s lack of a majority to take control of parliamentary proceedings. By scheduling debates on Domestic Abuse and women’s mental health while they are away schmoozing with their corporate paymasters, the Conservative government are betting that the opposition parties won’t change the agenda back to Brexit for fear of looking like they lack compassion for these issues.

Clever politics perhaps. But also revealing about where their neoliberal priorities lie.

Imagine a House of Commons where these subjects are given the prominence they deserve by people who care about the issues. That's the Commons we could have if the people choosing to attend conference (rather than debate the topics that they themselves have tabled for their absence) were removed.

Elections are coming. Question the motives and priorities of your representatives.

Posted by Finnginn at 14:56 No comments: 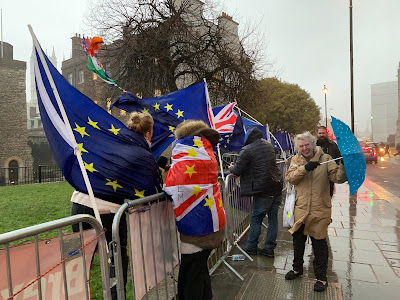 One small pleasure to come out of watching all the recent UK political conversations has been the proliferation of Brexit metaphors. You're probably familiar with the Red, White and Blue Brexit, the Hotel California Brexit and the Titanic Brexit. Keen observers can probably add the Blue Fluffy Monster Brexit and the Peppermint Tea Brexit.

As a gift to hardworking pundits as Brexit looks set to extend beyond the promised 29th March deadline, here's a few more to bear in mind...

A Brexit aimed at pleasing the residents of parochial cities such as Norwich, York and Salisbury, this Brexit has the whiff of costly imported cheddar.

A Brexit where all the Leavers are dancing away provocatively, whilst all the Remainers are sulking by the wall and wishing they were popular enough to join in.

I've been accidentally stockpiling corned beef for years before the threat of no deal Brexit made stockpiling fashionable.

For reasons beyond my understanding, my wife doesn't like me to eat meals comprised chiefly of fatty processed meat. So, naturally, when she took Finn Jr down to visit the in-laws recently, I retrieved from the back of the cupboard the can of corned beef that was least past its sell-by-date to make a delicious corned beef hash. I even, as comedy tradition demands, managed to cut my hand opening the can.

When I sat down to eat the meal of canned meat fried in butter with potato and onion, disaster struck! No HP sauce!

The Corned Beef Hash Brexit is a Brexit defined by illicit enjoyment of a forbidden meal ruined by the fact that its ideal accompaniment is manufactured in the EU.

A Brexit that you keep putting off because you are convinced that you have advanced periodontitis, but it turns out you have just been over-indulging from the office biscuit tin and need a filling.

"If you want a picture of the future, imagine a boot stamping on a human face - forever."

A Brexit handed to you by a blind pirate that makes you want to throttle yourself.

The same as above but with additional white pudding and a soft border between the Republic and the North.

The striking kids have got it right. Our actions are changing the habitability of the only planet we can live on. Perhaps we should be focusing on that?

Venturing into the Shed

It started, as so many things do, with the purchase of what I hope one day to be a flourishing Sorbus Aucuparia. Currently, it is just an 8 foot twig in a pot. As soon as the ground has thawed sufficiently for me to dig a hole, I plan to plant the tree in a space I have been saving in the corner of my traditional mixed hedgerow. I am going to need a spade and some compost. Unfortunately... that means venturing into the shed.

Lots of famous writers have worked in sheds. Roald Dahl, Dylan Thomas, Virginia Woolf and Philip Pullman spring immediately to mind, and I'll bet that you have your own favourites. I could imagine myself writing in my shed: blanket over the knees in winter, door open in the summer, staring out the window to see songbirds peck the berries of a flourishing Sorbus Aucuparia in the autumn - you get the picture.

The first hindrance was the lawn mower. I knew, I suppose, on some level, that lawns need mowing and that mowers need to be stored somewhere, and the shed is the logical place for the mower to be stored etc. But I can't imagine Virginia Woolf staring at a greasy lawn mower when she was bashing out To The Lighthouse on her portable Underwood (although perhaps that was her inspiration for Kew Gardens!).

Then came the barbecue. It was one of those kettle barbecues on a tripod of wheels that never feels well-balanced. I assembled it on the morning of Finn Jr's 1st birthday party, cooked on it in the afternoon of Finn Jr's 1st birthday party, and then put it and the accompanying bags of charcoal in the shed - where it has sat ever since, except when I have to move it so I can get the lawn mower out.

This winter, the lawn mower and the barbecue have been joined by two broken sofas, a bicycle, two bags of peat-free compost, various digging implements and all the recycling from when we missed a collection over Christmas.

Today, I thought I would make a start on sorting it all out. Not least so that I could get to the spade and compost and plant my Sorbus Aucuparia. Have you ever tried to saw a broken sofa in half with a handsaw so that you can get it in the back of a Fiesta? I bet Dylan Thomas never had to do this. Do not go gently into that full shed!